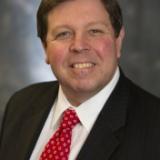 Frank W. Cullen Jr. is executive director of U.S. intellectual property (IP) policy at the U.S. Chamber of Commerce’s Global Intellectual Property Center. Cullen directs the center’s domestic programs in promoting and protecting IP rights in both the online and physical markets. He guides the efforts to advance IP enforcement and deter trademark counterfeiting and copyright piracy. Cullen began his career in Los Angeles, working as a consultant and later vice president for FCA Company, a full-service public affairs and government relations firm. In 1989, he was appointed public relations director for the city of Palm Springs, California, and conceived and implemented a promotional campaign featuring then-Mayor Sonny Bono. Subsequently, he served as director of Bono for U.S. Senate ’92, as well as provided consulting services to a wide array of clients in the Palm Springs region. When Bono was elected to the U.S. House of Representatives in 1994, he asked Cullen to join him to direct his communications shop, a position he held until Bono’s untimely death in 1998. Then, he joined Rep. Mary Bono as her communications director. After one year, he was promoted to chief of staff, a position he held for 15 years. An accomplished communicator and writer, Cullen appeared as a guest on numerous TV and radio shows, including the Today Show, Good Morning America, CBS This Morning, Larry King Live, ABC Radio, CBS Radio. Cullen provided political analysis and election coverage for KESQ TV, KMIR TV, and The Desert Sun newspaper and guest editorials that appeared in newspapers in California and Washington, D.C. Cullen also worked for legendary director Francis Ford Coppola at his Zoetrope Studios in Hollywood, California, and continues to have an avid appreciation for cinema and the performing arts. He is a graduate of the University of Southern California, with a B.F.A. degree from the School of Cinema and Television. He resides in Vienna, Virginia, with his wife, Sonia, and their children, Taylor Anne and Wil.

Check out the incredible speaker line-up to see who will be joining Frank.