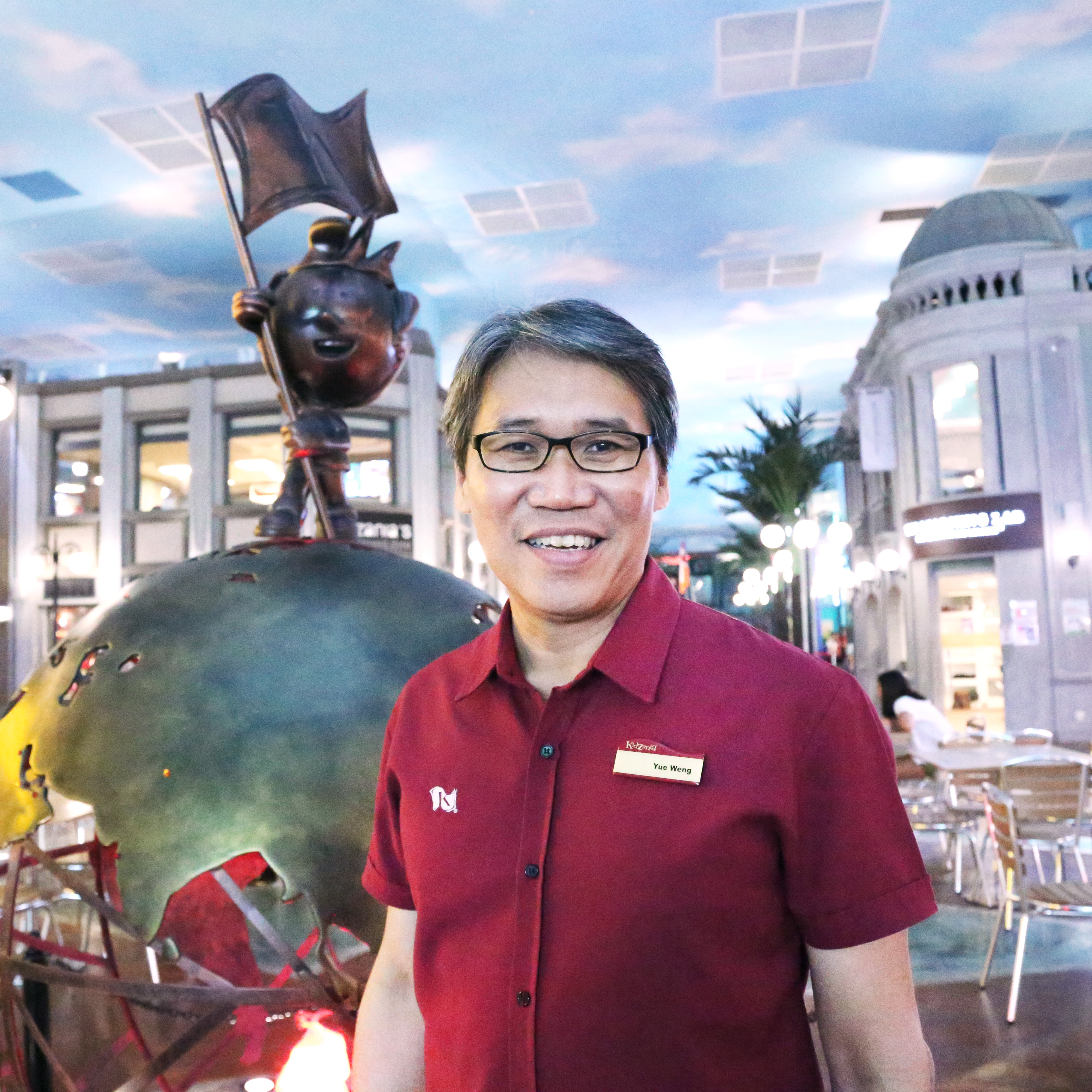 Leong Yue Weng is the General Manager of KidZania Singapore. He joined KidZania Singapore in 2013, bringing more than 20 years of operational expertise and executive management experience, and more than 5 years of tourism industry leadership to his role with the company.

In a strive to make the world a better place for kids, Yue Weng manages corporate direction and strategy at KidZania Singapore, facilitating company activity in commercial and operational aspects. His focus on innovation and improved operational efficiency led to significant company growth as he worked to share KidZania’s vision with partners, shareholders and investors.

His first milestone in the tourism and theme park industry took place during his previous tenure, where he spent six years with Resorts World Sentosa and Universal Studios Singapore. He was a part of the opening team of the first Integrated Resort in Singapore. As Assistant Director of Park Operations in the Attractions Group, Yue Weng played a vital part in leading the operations team, overseeing all rides and shows in Universal Studios, Marine Life Park, Adventure Cove Water Park and Maritime Museum.
Prior to these roles, Yue Weng was an Artillery Officer in the Singapore Armed Forces for 21 years. His current rank as Lieutenant Colonel was a lead up from his Army Reserve appointment as Battalion Commander where he commanded some 500 officers, specialists and soldiers. Other notable appointments in his service include Head Artillery Doctrine Branch, Head Tactics Training Wing, Division Artillery Operations Officer and Radar Battery Commander.
Equipped with diverse knowledge, Yue Weng earned his academic qualifications at the University of London – BSc Management with Law, aside to his education and training in the Singapore Command and Staff Course (Singapore Armed Forces).

As a devoted family man, Yue Weng’s past time includes spending quality time with his wife and two children. In his free time, he also dedicates himself to community projects on mentoring students and counselling detainees.

Check out the incredible speaker line-up to see who will be joining First Name.