Download agenda
Receive a copy of agenda
SECURE YOUR PLACE 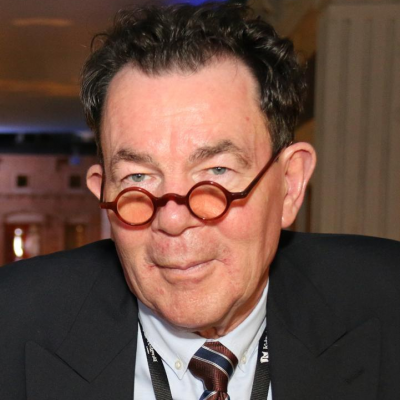 Professor Dr Ger Graus OBE is a renowned figure in the field of education, where, since March 2017, he holds the position of the first Global Director of Education at KidZania. KidZania, where children aged 4 to14 can experience the world of work through role-play, is designed to inspire and empower: “from inspiration to aspiration”. Since its inception in 1999 in Mexico City, KidZania now has a presence in 30 cities on 5 continents with plans for further developments in some 20 locations including the USA, Canada, China and South Africa. Professor Graus has been at the heart of innovation and project development such as ‘KidZania World Online’, ‘Individual Pupil Participation Profiles’, ‘KidZtalks’, ‘KidZania Careers Weeks’, education ‘Think-Tanks’, ‘Ambassador Schools’, ‘The Imaginarium of Childhood’ in partnership with the World Bank, and independent evaluations by, amongst others the University of Cambridge, Cass Business School, Havas Helia, Tecnológico de Monterrey, Mexico, and the Pinsky Centre as part of the National Research University Higher School of Economics, Moscow.

Based on these evaluations’ findings, Professor Graus is now spearheading a ‘Futures Awareness’ campaign to globally introduce careers education into the primary school phase. After all, as he frequently reminds us: “Children can only aspire to what they know exists.” Professor Graus started at KidZania London in 2014, where he was responsible for developing the UK-wide education strategy, including partnerships with schools, Higher Education, commercial and third sector learning partners.

Before this, in 2007, he became the founding Chief Executive of the Children's University. Under his leadership, the Children's University became a multiple-award winning international charity providing 5 to 14-year-olds with exciting and innovative learning opportunities outside school hours. The Children’s University's global reach now extends as far as Australia, China, Malaysia, Singapore and the Middle East. Professor Graus moved to the UK in 1983 when he began his teaching career at Taverham High School in Norwich. He next moved on to a management position at Winifred Holtby School in Hull. Subsequently, he became Education Adviser for Manchester City Council, introducing Modern Foreign Languages into the primary school phase, and later Senior Inspector for Salford City Council. After that, he became Director of the two Wythenshawe Education Action Zones based in the south of Manchester, leading improvements in both quality and standards across 29 schools. Ger Graus was awarded an Honorary Doctorate by Staffordshire University in 2011 and was made an Adjunct Fellow by the University of Adelaide in 2013. In 2018, he was granted the Education Leadership Award by the World Education Congress in Mumbai, India and in 2018 he was appointed as Academic Leader at the Instituto Tecnológico y de Estudios Superiores de Monterrey in Mexico, also known as Tecnológico de Monterrey. 2 | P a g e In 2019, Dr Graus was invited to become a Visiting Professor at the National Research University Higher School of Economics in Moscow, Russia. He is also a Guest Lecturer at the Moscow School of Management, Skolkovo.

In the 2014 Queen’s Birthday Honours List Ger Graus was made an Honorary Officer of the Most Excellent Order of the British Empire (OBE) for services to children. Professor Graus now works with and advises organisations globally on the learning agenda in its widest sense, including the Organisation for Economic Co-operation and Development (OECD), the Council of Europe, the World Bank, WISE as part of the Qatar Foundation, Ashoka, the Oman Society for Educational Technology, Fondazione Reggio Children, the Instituto Ayrton Senna, the Polytech Museum Moscow, as well as the business world, including the British Educational Suppliers Association (BESA), Sandbox as part of Liberty Global, LEGO, Discovery Education, Go Bubble, the Education Company, Zinc Communications, Dorling Kindersley, Atlantic Productions, Fox21 and Independent Films. Professor Dr Ger Graus OBE is a member of the Bett Global Education Council, chairs the Beaconhouse School System’s Education Advisory Board, Pakistan, in 2019 joined Junior Achievement Worldwide’s Global Council, and has been invited by His Highness Sheikh Hamadan Bin Mohammed Al Maktoum, Crown Price of Dubai, to help shape the future of education in Dubai as a member of the Dubai Future Councils. Professor Graus is a regular contributor in TES Global and for TommorrowsChild.TV. He has a monthly column, ‘Becoming Me’, in The Week Junior and is working with Dorling Kindersley (DK) on a series of Futures Awareness books for primary-aged children. In his book ‘Natural Born Learners’, author Alex Beard says of Professor Graus: “In learning terms, Ger Graus is Jean-Jacques Rousseau meets Willy Wonka

1:45 PM Edutainment: The Use of Data during COVID-19 to Engage Visitors and Resume Operations Successfully

Check out the incredible speaker line-up to see who will be joining Ger Graus Obe.