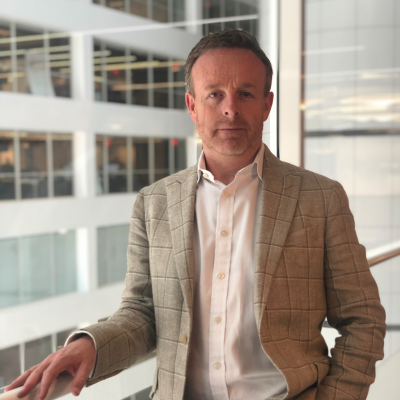 Gary Barr is Managing Director, Digital. He is the Chief Data Officer, and is a member of the BNY Mellon Senior Leadership Team. Digital sets the strategic direction for the firm’s digital future and invests in digital client and internal capabilities, including data management, analytics, artificial intelligence, machine learning and robotics. Gary joined BNY Mellon in January 2018. Between 2009 and 2013, Gary ran the Research Data organization at the world’s biggest hedge fund, Bridgewater Associates, with responsibility for overall data strategy, business / process architecture, data technology, and vendor relationships across the span of data assets needed to enable Bridgewater to identify alpha in the markets. Before that, Gary held a variety of high profile executive roles within the Thomson Reuters organization (2002-2009) including as CEO of the Loans Pricing Corporation, Head of the Pricing & Reference Data business unit globally, and as Head of TRGR Markets based in Zurich. Gary has over 25 years of experience in the Capital Markets industry, having also held various executive Operational positions with HSBC (2016-2017), SG Warburg (1987-1994), Goldman Sachs (1994-1995), and Credit Suisse First Boston (1995-2001). He also co-founded a niche Investment Banking Data management consultancy practice in London in early 2001, and was the COO for two start-up Data Analytic companies in NY between 2013 and 2016. From a military family, Gary attended the Royal Hospital School naval school / academy in the United Kingdom where in addition to his military education, he studied Industrial Economics, Applied & Pure Mathematics, and Computing Analysis. He is a British & American Citizen who currently resides in Connecticut and New York City.

Check out the incredible speaker line-up to see who will be joining Gary.