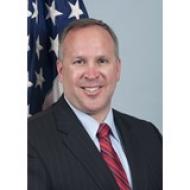 Supervisory Special Agent (SSA) Nickolas B. Savage is currently in his 16th year with the Federal Bureau of Investigation (FBI). SSA Savage currently has management responsibility for the Cyber Branch for the FBI Washington Field Office – this responsibility includes all criminal and national security cyber investigations as well as three digital forensic laboratories.

In 2009, prior to his most recent reassignment to the field, Mr. Savage came to Cyber Headquarters and was assigned to the National Center for Missing and Exploited Children (NCMEC) as the FBI’s cyber liaison. In 2010, Mr. Savage was subsequently assigned to manage the Strategic Initiative and Operations Section (SIOS) and had management responsibilities for the Innocent Images program, Cyber Education, the Public Private Alliance Unit (InfraGard), and the Internet Crime Complaint Center. In 2011, Mr. Savage managed the Cyber Criminal Section and had nationwide responsibilities for all FBI cyber criminal investigations. After the FBI’s Next Generation Cyber reorganization, Mr. Savage had management responsibilities for national security investigations involving Asia, Middle East/Africa, and Europe.

For nearly ten years, Mr. Savage was the Tampa Division Crimes Against Children Coordinator and responsible for managing the Innocent Images Task Force in Orlando, FL. The Innocent Images Task Force was comprised of local and state law enforcement agencies which had been brought together to combat the online exploitation of children. Mr. Savage was also the National Center for the Analysis of Violent Crime (NCAVC) Coordinator for the Orlando Resident Agency.

Check out the incredible speaker line-up to see who will be joining Nick.