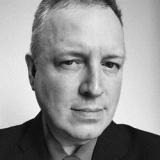 Originally from Canada, Tim is a US-qualified attorney with over two decades of combined regulatory, investment banking and compliance experience from bases in Hong Kong and Singapore. Tim first entered the financial industry in 1996 as a manager at the listing division of a prominent Asian stock exchange. Leaving regulation for the front-office in 2000, Tim joined the London-listed Hong Kong corporate finance arm of a Japanese mega-bank as an investment banker specialising in ECM origination, ultimately migrating with the entire team in 2002 to the Hong Kong corporate finance arm of a leading Singaporean bank. In 2005, combining his legal, regulatory and investment banking skillsets Tim joined another leading Singaporean bank at its head office in Singapore, where he led its wholesale group compliance practice. Tim was hired by a major German bank in 2008 to lead its Hong Kong compliance practice and ultimately, additionally, its regional markets compliance practice. In 2014 Tim joined a top US bank to lead its Asia-Pacific markets compliance practice, supporting the bank’s securities, FX and asset management businesses. In 2016, Tim joined State Street as Managing Director and Head of Compliance APAC for State Street Global Markets (SSGM), where he is responsible for overseeing all aspects of compliance for SSGM’s businesses in seven locations across the Asia-Pacific region.

Check out the incredible speaker line-up to see who will be joining Tim.