Open banking is coming, and it could save you money 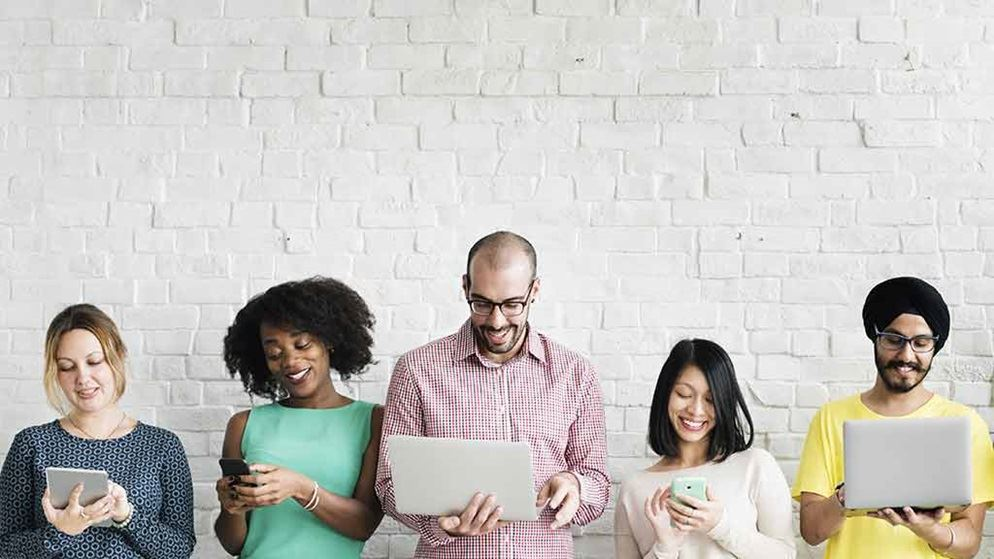 Open banking is being phased in from July 2019, making it easier for you to switch banks and get a better deal. It could even result in fintechs being a more viable option for you over a traditional bank.

But what is open banking exactly, how much control will it give you over your own data, and what are banks doing about potential privacy issues?

What is open banking?

You might not be familiar with the terms 'open data' or 'open banking'. They relate to another concept most Australians might not have heard of – the Consumer Data Right.

The issue of who owns a consumer's data – the consumer or the organisation that collected it – has long been a legal grey area. In early 2017 the Productivity Commission released a report recommending the federal government introduce a Consumer Data Right (CDR) to "improve consumer control over the data which businesses hold about consumers' use of their products and services".

The CDR gives Australians the right to move their data around, making it easier to access your data – such as the financial information your bank has on you – and share this with other businesses. This open data environment is expected to ramp up competition and allow consumers to negotiate better deals and save money.

Australia's banking sector will be the first application of the CDR. But where open data is accessible to anyone, open banking only lets businesses access your data once you've authorised it. Open banking is being phased in from 1 July 2019, with the energy and telecommunications sectors likely to follow.

Will open banking save me money?

While the inner workings of open banking may seem dull to some, the real-world consequences are anything but. When launching the report he commissioned, then-Treasurer Scott Morrison said, "Open banking will revolutionise the financial services sector, completely transforming the way Australians interact with the banking system by giving consumers the right to share their data with other banks, other institutions and innovative fintechs, and get themselves a better deal.

"Granting third-party access to your data will allow rival providers to offer competitive deals, products that are tailored to your needs, and enhanced services that meet the customers where they are at. Banks won't be able to afford to take customers for granted, and lock other competitors out."

Let's break those comments down and look at the upsides of open banking.

Open banking could make it easier to switch banks

Granted, consumers have the option of switching banks. But they rarely do this as it's a time-consuming inconvenience. And given that banks constitute a "cosy" oligopoly, according to ACCC chair Rod Sims, there's little reason to expect that one big bank will treat its customers better than its competitors.

The move to an open-data environment won't make switching banks completely frictionless. But as Morrison notes, "This disruption to the major bank stronghold on data will make the process of switching between banks less painful and help overcome the 'hassle factor' that sees customers stay with their current bank even when there are better deals."

Open banking could help you get a better deal

Of course, switching banks only makes sense if there's a better deal on offer. This is where the open banking rubber hits the road.

Let's say you're shopping around for a credit card, mortgage or small business loan. Currently, any financial institution you're not a customer of has to make judgements about the likelihood of you repaying your debt on limited data (typically your credit score and whatever information it can easily gather about your income and outgoings). This data may impact the terms offered. But it's often the case that consumers are offered off-the-shelf financial products, such as credit cards, with set terms on a take-it-or-leave-it basis.

Once open banking is introduced, you can authorise any accredited entity to access comprehensive data from your current bank. If this data indicates, for example, that you're conscientious about living within your means and paying your bills, it's more likely you'll be offered a better deal (e.g. a lower interest rate) on your credit card, mortgage or small business loan. However, while data driven pricing might work well for some it is likely to see some people, particularly those who are already vulnerable, paying more. Success also relies on data transparency which isn't guaranteed.

In the UK, where the open banking revolution is already well underway, consumers can upload their personal financial data to banks, comparison websites, apps and fintechs. This makes it straightforward to compare what different financial institutions have to offer, then get a loan or credit card approved on the basis of the supplied data.

What open banking will mean for fintechs

Open banking is designed in part to remove the 'informational advantage' the big banks have over disruptive fintech start-ups.

Let's consider the example of credit cards, to illustrate how open banking could have a profound impact on many Australians' finances.

At a time when cash rates are close to zero, even the low-rate credit cards on offer in Australia charge 9–14% interest and rates of 15–21% aren't uncommon. While there are many credit cards available, around 80% of the market is controlled by the major banks.

The banks argue they need to charge high interest rates because credit cards are unsecured lending (i.e. there's no collateral offered) and a proportion of credit-card users don't repay their debts.

But what if fintechs could efficiently access a consumer's financial data? They could then easily determine if that consumer was a good credit risk. If so, they could, theoretically at least, offer that consumer credit at a much lower cost than the big players, while still making a healthy profit. (Admittedly, Australian fintechs have thus far concentrated on providing lending and payment platforms, but fintechs in other countries are starting to disrupt consumer lending.)

Fintechs such as ZipPay and Afterpay are already providing shoppers with low-cost credit (as long as the required repayments are made) to make retail purchases. However, consumer advocates – including CHOICE – are warning people about the debt traps that these products can pose. Aside from these products, there are also growing numbers of peer-to-peer-lending fintechs such as RateSetter and SocietyOne that are looking to cut out the banker middleman and connect people who need a loan with people with spare funds. Prospa is giving small businesses short-term loans of up to $250,000 after completing a brief online application. Both existing and future fintechs will benefit hugely from the level playing field an open-data regime facilitates.

Of course, the services fintechs offer have their pros and cons, just like the ones offered by established lenders. Peer-to-peer lending, for example, has run into predictable problems in places such as the UK and China, with lenders defaulting on loans and platforms shutting down before investors could get their money out.

How much control do I have over my data?

Open banking is based on four key principles, the first of which is, "It should be for the consumer, be about the consumer, and be seen from the consumer's perspective". (The other three principles are to encourage competition, create opportunities and be efficient and fair.)

As things currently stand, there are likely to be two caveats. First, only accredited businesses will be able to receive (or share) your data, though you can download your data and share it with a non-accredited entity such as your accountant. Second, while your bank has to share your 'raw' data, it doesn't have to share any insights and analysis it has gleaned from this data (though it may choose to do so).

As Australians' financial data starts flying around cyberspace in larger volumes, there will inevitably be more scope for breaches, frauds and scams. But banks have always invested heavily in cybersecurity, and the government bodies charged with overseeing the introduction of open banking are alert to potential issues. In the UK, open banking has been in place since January with no major issues. That said, relatively few Brits have embraced it so far, limiting the opportunities for malicious acts.

Reducing the risk of data breaches

Some of the risk-mitigating initiatives that have been or soon will be introduced are:

The open banking changes won't be complete until mid-2021. According to research undertaken by Accenture, Australians are wary of sharing their financial data with third parties.

Given the way they're being introduced and the low levels of public awareness, it's unlikely the open banking reforms will have an immediate 'big bang' impact in mid-2019. However, over time, open banking could shift the balance of power from banks to their customers. As Westpac CEO Brian Hartzer says, "It gives customers more control as to who is providing services and to compare products and make sure they are happy with the choices they make. More availability of information will help drive efficiency and innovation."