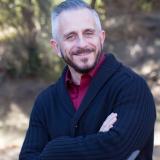 James D. Madia is a law enforcement, emergency management, homeland security, and electric utility professional with over 33 years of experience in the responder community (public & private). He serves in the Emergency Operations Center for Southern California Edison, and as an independent consultant to government and business. James retired from the Inglewood Police Department in 2014 at the rank of Captain. During his 29-year law enforcement career, James served as Command Officer for the Emergency Response Team and Special Operations Division. He served as Executive Officer for three Chiefs of Police, Director of Scientific Services, and as a team leader on the Hostage Negotiations Team. James has expertise in homeland security related concerns, including critical incident response, infrastructure protection, and emergency management. James is currently a doctoral student at the University of Southern California and holds a Master of Arts in Security Studies from the United States Naval Postgraduate School, Center for Homeland Defense and Security. He holds executive certificates from the California Institute of Technology, USC, the National Counter-Terrorism Academy, and Texas A&M University. James has extensive experience in Public Information/Media Relations, Crisis Communications, Crisis / Hostage Negotiations, Forensic and Scientific Investigations, and Organizational Management. He has presented at seminars, conferences, and universities.

Check out the incredible speaker line-up to see who will be joining James .