Top-tier investment and development firms are being invited to partner on the next stages of one of south-east Queensland’s largest urban regeneration projects.

The vision for the Sunshine Coast's new central business district has continued to take shape with an expression of interest campaign launched for the forthcoming development stages.

The 15-hectare site of the proposed Sunshine Coast's central business district, formerly Horton Park Golf Club, was bought by the Sunshine Coast Council for $42 million in 2015.

Sunshine Coast Council-owned company SunCentral, kickstarted by Queensland Premier Annastacia Palaszczuk in 2016, has since completed civil works in the core commercial precinct with construction of the CBD’s first buildings expected to start mid-year.

Underground waste and digital infrastructure facilities have now been completed with construction on 38,500sq m of commercial buildings in the first stage, which has already gone to market, was expected to start mid-2019 along with 23,000sq m of retail and 460 new apartments.

This is in addition to a nine-storey Sunshine Coast Regional Council headquarters building, tipped to commence construction over the next six months. 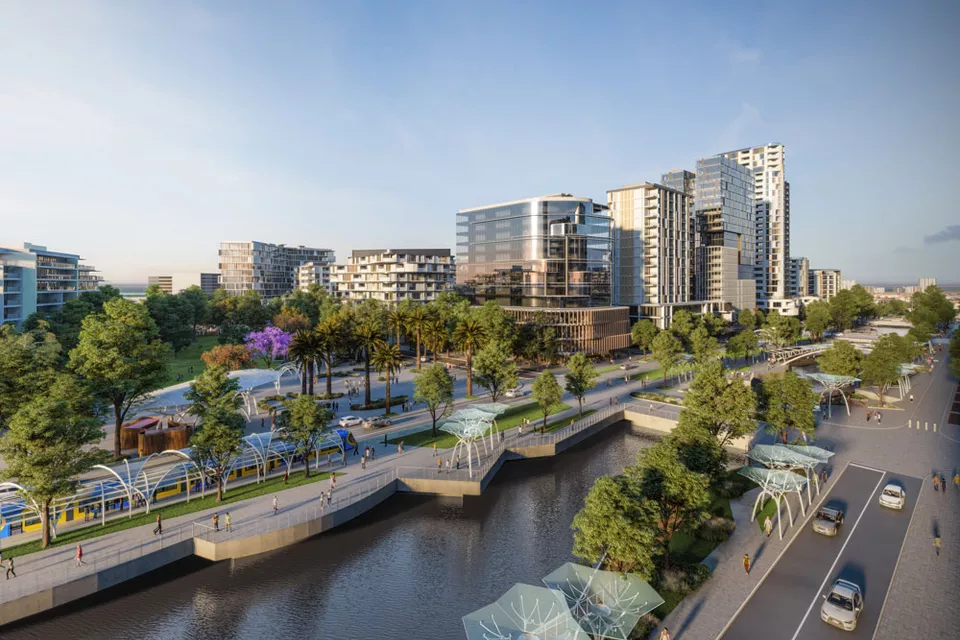 Expressions of interest are being sought from developers to build in the heart of Maroochydore. Image: SunCentral

“This is a unique opportunity for experienced developers and institutional capital groups to enter into a long-term partnership with SunCentral Maroochydore and set a new benchmark for city centre design and development in one of the fastest growing regions in the country,” Knaggs said.

The EOI campaign is offering the opportunity to build 67,500sq m of commercial space as well as retail floorspace and residential apartments across a number of precincts in the new city centre.

The site includes $10 million in underground digital waste and lighting facilities and includes space for 25,900sq m of retail and up to 1,390 apartments along waterways.

“Some of this development opportunity is located in the core commercial precinct while the majority is in the area south of the Corso waterway, adjacent the future rail station and transit plaza and in mixed-use apartment precincts alongside planned waterways and parkland,” Knaggs said.

The CBD will also feature a 250-room hotel, 100 residential apartments, 40,500sqm of retail as well as commercial and entertainment space. 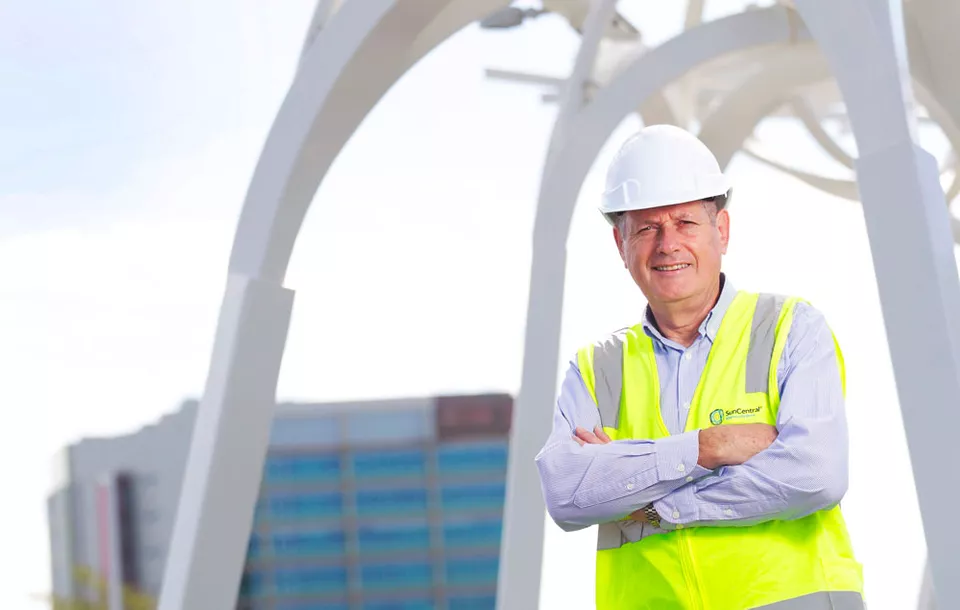 Development lead John Knaggs said SunCentral was looking for the best city-makers to partner with us on this landmark project. Image: SunCentral


“Offering individual parcels has worked well for the first stage of the commercial precinct,” Knaggs said.

“However, in response to market feedback these next stages, involving both commercial and mixed-use areas, offer larger precinct-wide approaches.”

“We are able to provide a wider platform for capital groups and developers to operate longer term – and I’m sure this approach will help facilitate the development of key parts of the city centre.” 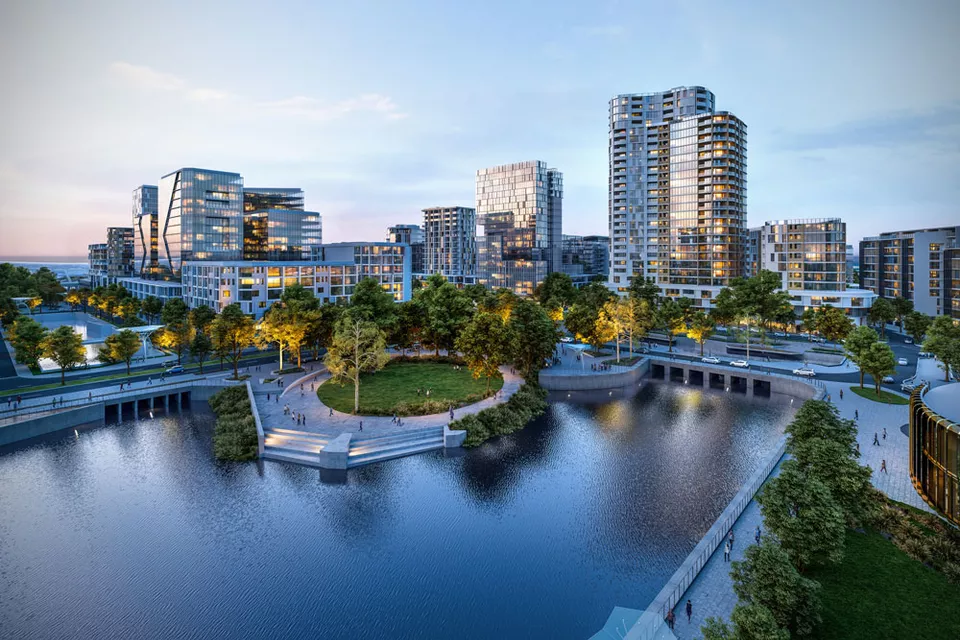 
Apart from the new international broadband cable that will connect to a landing station located alongside the new CBD, more than $10 million in underground telecommunications and services capacity has been installed beneath the city centre’s new streets.

“Once people see the cable landing station completed and the cable connected from Guam giving this site and the Sunshine Coast the fastest data connection cable to Asia on the east coast of Australia that will generate additional interest,” Knaggs said.

The smart city framework for the new CBD includes digital signage, lighting and other "smart" technologies as well as the country’s first CBD-wide underground automated waste collection system which will transport waste from businesses and apartments through a series of underground pipes to a central collection station.

The Sunshine Coast Council has estimated up to 2 million more passengers would be flying into the region by 2040 once the region's expanded airport was operational by 2020.

Over recent years the Sunshine Coast has attracted billions of dollars in public and private investment, making the regional economy one of the strongest in the state.

The expressions of interest on the next 15 hectares of the site can be lodged until 30 August.