Forecasting the future of self-driving vehicles in healthcare 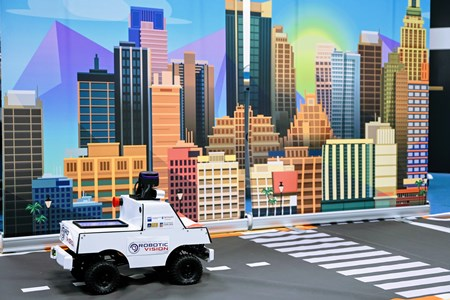 Imagine a time when an ambulance will respond to a Triple-0 call-out and drive itself. Satellite imagery and artificial intelligence will calculate the fastest path, paramedics will work in the back performing life-saving interventions, other cars on the road will be alerted of its approach, collision avoidance technology will reduce the risk of an accident along the route, and essential patient data will be distributed to clinicians, all before the vehicle parks itself at the emergency department door.

That time isn’t far away and health systems, governments, regulators, insurers and even urban planners are being urged to prepare now for the disruption autonomous vehicles (AVs) will create.

Leading experts on self-driving technology will be presenting at the region’s largest annual healthcare conference, Australian Healthcare Week, to be held in Sydney in March, and they are forecasting that it will transform – and save – lives.

“If the technology is made safer than human drivers, and if it becomes widely distributed, then this scenario is plausible,” Professor Milford says.

The vast bulk – 90 per cent - of road fatalities are caused by human error, and autonomous cars could drastically lower the threat from texting, drunk and otherwise negligent motorists.

There could also be other health implications, including in the growing aged care sector.

Change is already underway. Driverless Rio Tinto trucks have operated for years in Australia’s Pilbara mining region. Transport ministers have set a national goal to support the commercial introduction of AVs by ensuring regulation is in place by 2020. In September, RAC WA revealed it had purchased Australia’s first on-demand unmanned vehicle – the 'Intellicar' from car maker Nayva – with a trial planned at a private Perth Airport facility before it would be used on public roads in early 2019.

Meanwhile, Toyota is investing US$500 million in Uber as the companies develop purpose-built autonomous cars to be deployed across the ride-sharing network from 2021, and Waymo – a division of Google parent company Alphabet­ – has recently launched a commercial autonomous taxi service in Arizona.

Dr Brett Dale, Group Chief Executive of the Motor Trades Association Queensland, says the technology is well advanced and being deployed in other countries around the world. Australia is poised to join the revolution.

“The application of the AV technology will play a huge part in mobilising our population who were once house bound,” Dr Dale says.

“This may include sight impaired or other medical conditions that limited the individual’s capacity to self-mobilise. Indeed, there will be great social and economic benefits associated with this technology with possibilities limited only by our imagination.”

While work has been done nationally to prepare laws and regulations for the use of the technology, Australia lags behind in its uptake. Although, the march of progress is gathering pace.

“The timeline predictions for deployment of full AVs remains uncertain and ranges from 5-10 years, but my prediction is that we will see the full technology in many vehicles on Australian roads no later than 2022,” says Dr Dale.

“There is speculation and some evidence about the fear aspects of the tech, which may slow things, but as we normalise AV tech in trials this will quickly be reduced. After all, motorists are the ‘why’ of the disruption and technology is the ‘how’. It’s coming, and the uptake will be exponential. The application of AV will be significant to all industries and health in particular.”

The technology hasn’t been without its controversies. In March last year, an autonomous Uber car hit and killed a pedestrian in Arizona as the safety driver was watching a show on her phone. In the same month, a Tesla Model X crashed into a highway divider and exploded, killing the driver, with the car manufacturer admitting the cause of the crash was a malfunction in the “Autopilot system”.

Despite these tragic setbacks, Dr Dale says the technology could avoid between 50-100 million non-fatal injuries sustained worldwide through vehicle accidents each year.

The vehicles will also need to adhere to Australian laws, safety standards and design rules that already apply.

However, Professor Milford – whose team at QUT is developing the technology for the mining industry, and creating a fleet of miniature autonomous vehicles for use in R&D and public outreach, while also working with the Queensland Department of Transport and Main Roads and the iMove Co-operative Research Centre to assess how AVs will interact with infrastructure such as signage, lane markings and positioning systems – says there are other potential health disadvantages to the technology.

As the vehicles will be able to drop riders off at work and return home without the need to pay for parking, or transport children and others who are unable to drive, there could be more cars on our roads, some of them empty. Governments and health systems will need to prepare for the impacts of increased traffic congestion and lower exercise levels.

“On the downside, self-driving cars have the potential to increase sedentary lifestyles, encouraging us to ride instead of walk or cycle, and to spend more time in vehicles,” Professor Milford said.

“And then there are other complex interactions with health to consider, such as the impact (positive or negative) on atmospheric pollution and its subsequent effect on health.”

Autonomous vehicles will be a focus of Disrupt Healthcare at Australian Healthcare Week on 28 March 2019.

From the ground up: Incorporating technology into the fabric of a new digital hospital