In the lead up to the 2019 State Election, he NSW government has pledged to boost hospital front-line staff including 5000 extra nurses and midwives over the next four years. 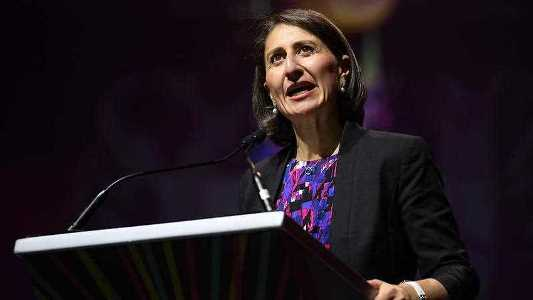 It's been a big week for the NSW State Government, with NSW Premier Gladys Berejiklian announcing yesterday a pledge of $1 billion towards upgrading two Sydney hospitals and slashing elective surgery waiting times.

The planned investment will see $385 million injected in St George Hospital and $479 million in Ryde Hospital to improve healthcare and increase the number of beds.

"These record investment in our health system wouldn’t be possible if it wasn’t for our strong budget position ... we’re not just spending billions on building the hospitals but billions on staffing the hospitals," she said at St George Hospital in the Labor-held marginal seat of Kogarah," said Berejiklian.

The announcement comes off the back of the State Government's pledge to boost hospital front-line staff including 5000 extra nurses and midwives over the next four years; as part of a increase of 8300 frontline staff including doctors and allied health professionals.

"Without them (frontline staff) the patients can't get that world class health service, without them hospitals don't run efficiently, without them we can't provide the services people expect day in and day out," Berejiklian told reporters in Sydney on Sunday.

The planned $2.8 billion package will ensure patients get a "world-class" service across all NSW hospitals, with 45 percent of the extra staff to be based in regional NSW.

"Our hospitals are leading the country already but this massive boost of staff will mean the staff are so much more comfortable in the work they are doing in our incredible hospitals," Mr Hazzard said on Sunday.

In response, Labor leader Michael Daley and Labor's health spokesman Walt Secord, announced it would spend $50 million more than the Liberals on the Goulburn Base Hospital and Health Service redevelopment, increasing the total funding to $200 million.

They said the extra amount meant new outpatient and allied health clinics, renal and chemotherapy facilities could be added to the plans.

To learn more about the future of healthcare in NSW - and more broadly, Australia - join over 5000+ healthcare professionals, 250+ exhibitors and 100+ industry expert speakers at the 9th Annual Australian Healthcare Week Expo running on the 27-28 March at the International Convention Centre, Sydney.