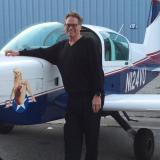 Christopher Johnson graduated Tulane University Law School in 1982, spending the next 7 years in the United States Navy as a Judge Advocate, leaving the service at a Lieutenant Commander. One of his most noteworthy cases, United States v. LCPL Peterson, was a USMC hazing incident in Guantanamo Bay, Cuba, and was part of the inspiration for the movie “A Few Good Men” (copyright 1992, Columbia Pictures). Chris was the Navy JAGC attorney that confronted ‘the Colonel’ at GMTO that ordered the “Code Red,” ultimately succeeding in having the charges against dismissed on appeal. In 1990, he was selected for one of the scarce positions as a Trial Attorney with the Organized Crime Strike Force, U.S. Department of Justice. In 2000, he was promoted to the status of Senior Litigation Counsel (SLC), a designation shared by less than 3% of federal prosecutors in the United States. He finished his government career in 2004, retiring as the SLC for the Computer Hacking and Intellectual Property Section (CHIPS) of the United States Attorney’s Office, Los Angeles, where he gained notoriety for bringing the first federal criminal cases against movie camcorder pirates, as well as numerous cases for criminal copyright and trademark infringement. Leaving the government for the private sector, he served as Vice President for Brand Protection, the Walt Disney Company, and later he co-founded Johnson & Pham, LLP., a Brand Protection and Civil Litigation law firm of 6 attorneys, headquartered outside Los Angeles, CA. Since beginning these enforcement efforts, Johnson & Pham has successfully conducted more than 15,000 enforcement operations against domestic infringers, filing more than 250 federal lawsuits for Trademark and Copyright infringement, obtaining judgements in excess of $50,000,000.

Check out the incredible speaker line-up to see who will be joining Christopher.