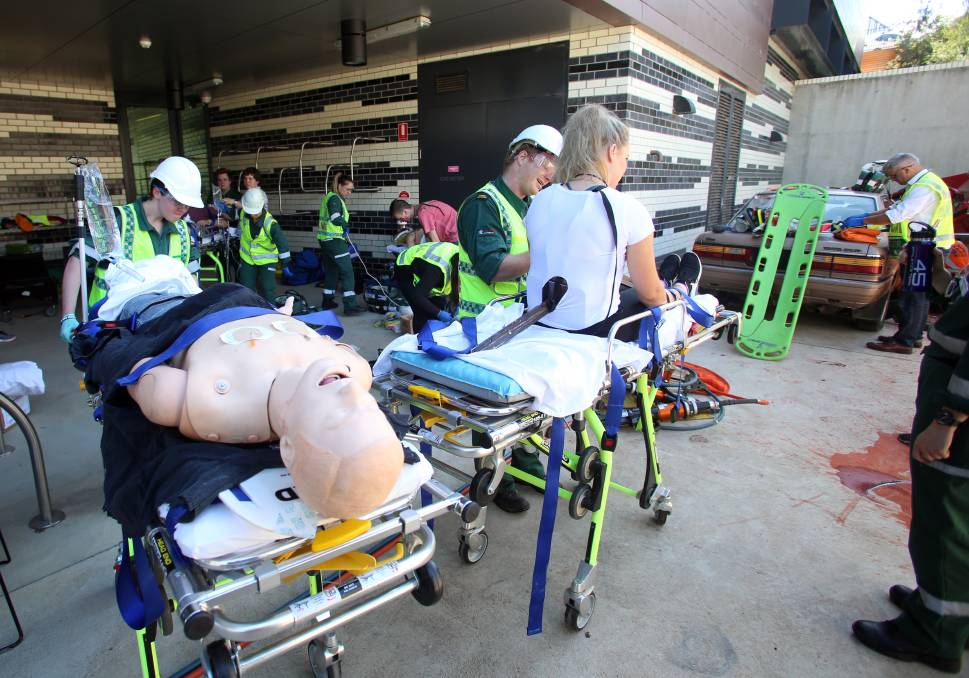 La Trobe University has unveiled an ambitious plan to create a national road trauma research hub at its Bendigo campus, in a bid to reduce Australia’s regional road toll.

The Rural Road Trauma Research Hub will combine a number of pre-existing expertise at the university – from paramedicine to law – with senior researchers to develop a greater understanding of how and why crashes occur in a regional setting.

Head of La Trobe’s Rural Health School Professor Pamela Snow said the as yet unfunded proposal, which would require “several millions” in federal and state government funding, aimed to be revolutionary in its approach.

“A lot of the low-hanging fruit has already been picked; seat belts, blood alcohol legislation, breaking systems in vehicles, but drivers in rural and regional areas are still faring much more poorly than metropolitan drivers,” she said.

“Existing approaches seem to have stalled to the extent that we're not making any progress.”

The research hub aims to tackle the growing issue of regional drivers being over-represented in annual road toll statistics.

Transport Accident Commission statistics show over that over the past five years 144 people have died on regional roads on average each year, compared to 113 on metropolitan roads.

On a per capita basis, regional areas have accounted for 56 per cent of annual deaths on the road across the state, despite having roughly a quarter of Victoria’s population.

Over the past year seven fatalities have occurred on roads in Greater Bendigo.

“Many road safety interventions successfully adopted in cities have not been effective in rural areas,” she said.

“We think this is due, at least in part, to a lack of community-led design – something that La Trobe excels at.

“We need to be creative, innovative and tap into the key strengths of our rural communities to bring about change.”

Paramedicine, law, planning, engineering and psychology were all existing expertise the university hoped to combine in the research hub, providing a more holistic approach to understanding road trauma.

“Crash scenes tend to get the media attention but for every fatality there's a very large number of serious injuries which casts a very large shadow over life and has a ripple effect on those close to them. It’s that hidden toll that we want to also address,” Professor Snow said.

The research hub would require a “big injection” of funding to advance its cause, according to Professor Snow, who was not concerned with a recent federal government decision to reallocate research funding from Australian universities.

However those funds will be redirected from the Research Support Program, which funds researchers' salaries, libraries and laboratories.

La Trobe had an allocation of $13 million for research funding under the RSP, but it was currently unclear how much of that would be taken away under the changes.

“This is not about business as usual - this is really about taking an innovative approach to solving a very complex place-based problem,” Professor Snow said.

Cyclists and motorists relationship under microscope

Examining and trying to change motorists’ behaviour toward cyclists was an emerging area where the research hub could work, Professor Snow said.

“Attitudes and behaviour are intrinsically linked. Cyclists and their relationship with motorists are a good example of a problem that needs to be better understood in context. What is it about the attitudes in regional and rural communities that might be impacting on the way drivers behave toward cyclists,” she said.

Driver inattention and the emerging use of mobile phones while behind the wheel were further areas a research hub could delve into, she said.

A young driver was recently jailed for nine months after she fatally struck a cyclist in Macedon in 2017.

Emma Kent, 24, was trying to connect her phone's Bluetooth to the car audio when she struck Gareth Davies on Black Forest Drive on December 10 last year.

She said the impacts of road trauma have been strongly felt by rural communities for too long.

“Road safety and the ongoing cost of care as a result of road trauma is an issue that is often raised with me. Every fatality on our roads is someone’s loved one,” she said.