WaterNSW dives into core IT refresh 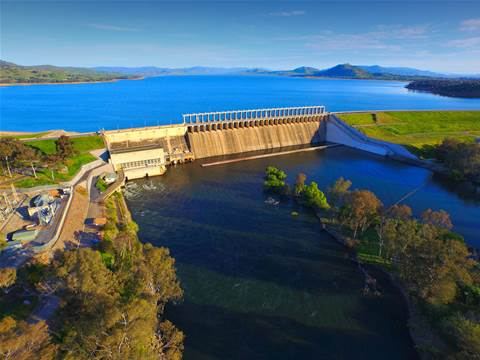 This article was originally written by Justin Hendry and published on IT News on February 27, 2019.

NSW’s bulk water supplier and "river operator" WaterNSW is set to embark on a major refresh of its core systems to improve customer services and reduce regulatory risks around water management.

The state-owned corporation has revealed plans for an extensive integrated business systems program to replace and rationalise a number of key bespoke systems currently operated on disparate technologies.

It is intended to “enhance and integrate” key aspects of the value chain, while addressing the business system sprawl that emerged following a series of merges between the Sydney Catchment Authority, State Water Corporation and the Department of Industry during 2015-16.

“The substantial regulatory functions, associated staff and IT systems from the legacy corporations brought together elements of technology from multiple environments,” WaterNSW said in an expression of interest issued to the market.

“This gave rise to a certain level of duplication in processes and systems, highlighted some issues with legacy systems and identified some systems at risk of failure and some data integrity issues.”

In what is the first phase of a multi-stage procurement process, WaterNSW said its “complex” current technology environment containing a menagerie of “components and significant amount of bespoke systems on disparate technologies” was not suitable for its current and future needs.

This is despite significant work during last financial year to harmonise IT systems, including water market systems, and introducing a single login environment and a unified enterprise resource management system.

“Some of these [are] built in programming languages with limited support, which are difficult to integrate between themselves and other WaterNSW solutions,” the agency said.

The state’s water market systems are a prime example of this, with four bespoke online systems built on disparate platform supporting licensing and accounting – some in legacy programming language Centura Gupta that now has limited support.

While WaterNSW has already made “numerous ‘ad hoc’ enhancements” to the systems, it said limited configurability, coupled with the time and effort to change the systems, meant there was increased risk of not meeting requirements under the Water Managements Act 2000 in the years ahead.

This is on top of the potential for “IT failures, cyber and data security breaches” that could transpire as a result of the legacy environment.

The agency’s legacy analytical environment, which was inherited from the merger, is also a problem area, with gaps around “data access, availability and the understanding of data” and the presentation of data and analysis historically limited to Excel spreadsheets.

“Without a single enterprise-wide analytics platform, WaterNSW is limited in the organisation-wide insights that can efficiently be mined and actioned for strategic decision making,” it said.

The platform will enable easier data ingestion and re-use and “help to break the organisation’s dependencies on isolated data marks and Excel spreadsheets”, the agency said.

It will build on WaterNSW's existing moves to more powerful analytics, which includes adopting PowerBI for enterprise reporting, creating a data lake, and taking the initial steps towards the cloud with Microsoft Azure.

The merger has also forced the agency to maintain duplicate systems include two SCADA systems for monitoring and supervising control of plants and processes and three telemetry systems.

WaterNSW has put the call out to suppliers interested in the core refresh, particularly those with a “proven track record in delivering to WaterNSW’s required outcomes”.

It is after a “innovative, world class, integrated solution" that can support water operations and management into the future, and has proposed using a number of arrangements with third-parties, including partnership, consortia or joint venture, for the delivery.

“This solution would not only resolve the current challenges but will also build an
innovative platform for WaterNSW to meet and exceed customer and stakeholder
expectations on an ongoing basis," the agency said.