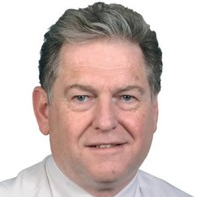 Gareth Evans is Vice President, Group Technical & Operations for CyTech International, a Fellow of the Chartered Institution of Highways & Transportation and Member and former Chairman of the Institute of Asphalt Technology in the United Kingdom.

He has sat on various bitumen industry panels including the UK Refined Bitumen Association, Eurobitume and the UK Asphalt Industry Alliance.

Gareth has worked for 40 years in the petroleum industry with major multinationals such as Shell, British Petroleum and Petroplus in roles from Exploration to Refining & Marketing. Since 1987, he has focused on Bitumen particularly PMB, working internationally for over 20 years with BP.

He was instrumental in the introduction of PMB to the first major contracts on the UK Motorway network in the early 1990’s and for the last 5 years has been actively involved in PMB projects on Airports and Expressways across the Middle East.

Check out the incredible speaker line-up to see who will be joining Gareth.