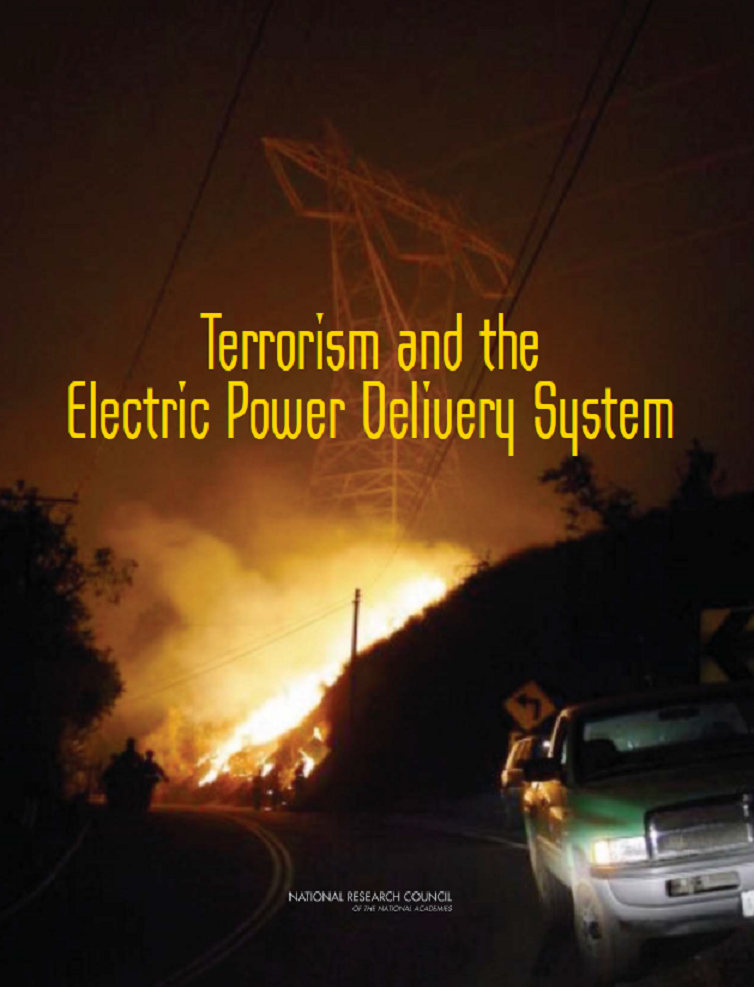 The electric power transmission and distribution system (the grid) is a critical and extraordinarily complex part of the nation’s infrastructure. The National Academy of Engineering called the grid the world’s largest integrated machine and a central part of the greatest engineering achievement of the 20th century—electrification of modern society. Reliable electricity service is essential to health, welfare, national security, communication, and commerce. Because of its scale, geographic reach, and complexity, however, the grid also poses many security challenges in maintaining reliable operation. Furthermore, more than 90 percent of the U.S. power grid is privately owned and regulated by the states, making it challenging for the federal government to address potential vulnerabilities to its operation, and perhaps especially its vulnerability to terrorist attack. This report, prepared by a committee of dedicated experts assembled by the National Research Council (NRC), addresses those vulnerabilities and how they can be reduced.

Please note: That all fields marked with an asterisk (*) are required.