‘The heart of a lion, the kindness of a lamb’: Empowering women and driving gender diversity in healthcare

‘The heart of a lion, the kindness of a lamb’: Empowering women and driving gender diversity in healthcare 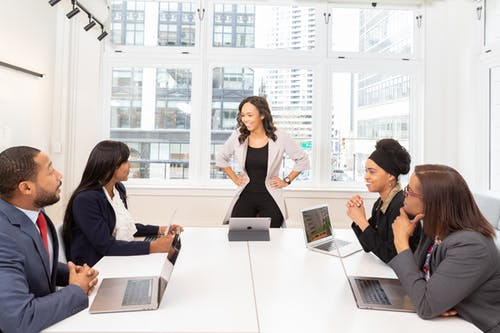 More work needs to be done to reduce unconscious bias and elevate women within the healthcare and startup sectors, with research showing they are underrepresented in executive positions and receive far less capital investment.

For the first time, Australian Healthcare Week is holding an all day Women in Leadership event, bringing together inspiring leaders to celebrate successes and move the gender diversity momentum forward.

Michelle Lawson, the CEO of hearing aid innovators Blamey Saunders, says women need to “grow the heart of a lion without losing the kindness of a lamb” in order to climb the professional ladder and become “warrior intrapreneurs”. But organisations also need to create an environment in which they can thrive.

“Being an ‘intrapreneur’ is about driving innovation within an organisation, usually without being asked to do so. For women, the challenge is often in self-promotion and finding the right way to be heard,” Lawson says.

“I believe it’s up to companies to create an environment that enables all employees to be ‘warrior intrapreneurs’. This means encouraging your team to submit ideas, sponsoring idea design and delivery so innovation isn’t just talked about – it is real.”

Lawson says women can display an energetic and creative leadership style with high levels of emotional intelligence as well as IQ to drive success.

“There is growing evidence that female leaders do create different environments to stimulate performance.”

And while women make up 70 per cent of the healthcare industry worldwide, they hold only 35 per cent of leadership roles, according to the World Economic Forum’s 2017 Global Gender Gap Report.

According to Lawson, unconscious bias is part of the problem.

“While I’m not sold on gender quotas as the solution, part of the problem with there being an abundance of males in leadership positions is unconscious bias when it comes to hiring,” she says.

“That means we often end up hiring people who are just like us in some way, whether it be gender, personality traits, or race. Perhaps we need to consciously look for diversity and alternative ways of thinking – it helps to have diversity at the senior hiring level.”

Linda Soars, who has been appointed Clinical Associate Director with the NSW Agency of Clinical Innovation, agrees that women in healthcare encounter unconscious bias.

“It may not be visible but there are lots of decisions made without full appreciation of a person's situation or with a bias to a certain type of outcome,” Soars says.

Supportive management and flexibility in workplace arrangements can be essential in ensuring women can overcome obstacles and have equal opportunities.

“Obviously not everyone in the workplace has that sort of outlook. [But] I think we need to model the behaviour we expect to receive, and to set the standard of respectful management when considering requirements for unplanned family leave, carers leave and sick leave,” Soars says.

Women should also develop their leadership skills, build credentials and draw on their particular strengths. Seeking out support can be vital too.

“Finding a good mentor or role model is essential to get the fit with your own personal leadership style. A trusted view of your actions and words from a mentor can assist in developing the emotional intelligence needed to be an authentic and inspiring voice in the workplace.”

Beyond individuals and their workplaces, the good news is that change on a wider scale seems to be gaining momentum.

“I think the empowerment that has come from the #metoo movement gives women confidence in standing up for their rights and pursuing their careers when there are barriers.” Soars says.

For Lawson, the change that’s underway will lead to tangible and sweeping improvements and maybe even smash that glass ceiling.

“I think women are finding their voices, and I believe generations to come will be less likely to accept less than they deserve. Not just in the healthcare industry, but right across the board,” Lawson says.

The Women in Leadership stream at Australian Healthcare Week will be held on 28 March 2019. Linda Soars, who has been appointed Clinical Associate Director with the NSW Agency of Clinical Innovation, will be delivering the ‘Welcome Address from the Chair’. Blamey Saunders CEO Michelle Lawson will present the ‘Case Study: Be a Warrior Intraprenuer! How to Be the Driving Force for Innovation’.

Be a Warrior Intraprenuer! How to Be the Driving Force for Innovation - Interview with Michelle Lawson