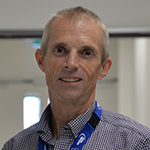 David Heath is the Co-Founder and Chief Executive Officer of Bombas. Prior to the launch in 2013, David dedicated two years to rigorous product testing and refinement to create the best performing and most comfortable socks available, while staying true to their mission of helping those in need. Under David's leadership, Bombas has grown incredibly, expanding into additional product categories and making an impact on the greater community with the brand's give-back business model. David holds a BA from Babson College with majors in Marketing, Management, and Entrepreneurship. Previously, he led business development as one of the founding employees at UrbanDaddy followed by joining the new media acquisitions and strategy team at Yucaipa Companies.  As a true serial entrepreneur, David has founded three companies, with one successful exit, and has invested and consulted on a range of start-up businesses from concept, through launch and continued growth. David has been featured on ABC’s Shark Tank, NBC TODAY Show, ABC Good Morning America, CBS This Morning, Bloomberg TV and in The New York Times

Check out the incredible speaker line-up to see who will be joining David.