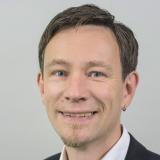 Marcus Klose has a Civil Engineering Degree (Dipl. Ing.) from Hamburg University. He joined Germanischer Lloyd (now part of DNV GL) in 2001, starting as an expert in charge for type assessments of towers and foundations for wind turbines. In the following years, he took over responsibilities as a project manager and since 2008 as a Head of Section. In 2010, he completed post-graduate studies as industrial engineer (“Wirtschaftsingenieur”). He participates in national and international standardisation committees as well as research projects in the field of wind turbine support structures. His team of Structural Engineers and Naval Architects has been engaged in all phases from Design Basis to Installation of most German and several international Offshore Windfarms.

10:45 AM Certification and its role in cost reduction for tower construction

• What´s new in standards and innovation?
• Development of scalable solutions for new markets
• More efficiency by automisation and digitalisation