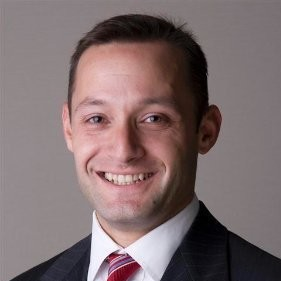 Stephen Bellwood has over 17 years of experience in the commercial real estate services industry and has been with Cushman & Wakefield (formerly DTZ) since 2000. Mr. Bellwood is primarily focused on representing tenants and landlords, and has been involved in transactions totaling over eight million square feet across the globe.

Stephen is a member of the Agency Practice Group, a group that works exclusively with landlords & developers to identify best practices and benchmarking as it relates to their portfolios. Stephen was ranked among Cushman & Wakefield’s top 200 brokers nationally in 2017.  Since 2001, he has represented the United Federation of Teachers at 50 and 52 Broadway, a 733,000-square-foot building portfolio. Stephen’s experience spans virtually every type of scenario, from complex leasing acquisitions and dispositions, to national portfolio strategies, often for high-profile organizations operating on national and global stages. His success has created lasting ties — Epsilon and BMS Group are two of several long-standing clients.  In addition to working with occupiers, Stephen also has extensive experience with owners, having represented some of Manhattan’s most prominent office buildings, including 654 Madison Avenue, 475 Tenth Avenue, 546 Fifth Avenue, 1745 Broadway, 199 Water Street and 366 Madison Avenue.

Check out the incredible speaker line-up to see who will be joining Stephen.